Free U.S. Shipping
UP TO 30% OFF QUICK SHIP SWORDS
My Orders My Wishlist Cart

UP TO 30% OFF QUICK SHIP SWORDS

Email me 20% off code
Background History:
The Takeda clan ruled from the Kai providence for 400 years (12th to 16 century in Japan). They quickly rose and became one of the most powerful clans in feudal Japan and they are a very influential clan. Their clan moto was Loyalty and Fraternity. They where known for their calvary charge and for being known as the Red Army. The Takeda banner stated "fu rin ka zan" (wind, forest, fire, mountain) which stands for Swift as the wind, silent as the forest, intrusive as fire, and immovable as a mountain. Takeda Shingen: Komoro Castle, a Takeda clan's castle in Shinano province Takeda Harunobu (1521 – 1573) succeeded his father Nobutora in 1540 and became shugo lord of Kai Province in present-day Yamanashi Prefecture. In this period the Takeda began to quickly expand from their base in Kai Province. In 1559, Harunobu changed his name to the better-known Takeda Shingen. He faced the Hōjō clan a number of times, and most of his expansion was to the north, where he fought his most famous battles against Uesugi Kenshin. This series of regional skirmishes is known as the Battles of Kawanakajima. The battles began in 1553, and the best known and severest among them was fought on September 10, 1561. Shingen is famous for his tactical genius, and innovations, though some historians have argued that his tactics were not particularly impressive nor revolutionary. Nevertheless, Shingen is perhaps most famous for his use of the cavalry charge at the Battle of Mikatagahara. The strength of Shingen's new tactic became so famous that the Takeda army came to be known as the Kiba Gundan (騎馬軍団), or 'mounted army'. Up until the mid-16th century and Shingen's rise to power, mounted samurai were primarily archers. There was already a trend at this time towards larger infantry-based armies, including a large number of foot archers. In order to defeat these missile troops, Shingen transformed his samurai from archers to lancers. Decline of the Takeda clan: Gold coin of the Takeda clan of Kōshū (甲州金) in the 16th century, an early example of Japanese currency Shingen died on May 13, 1573, at age 53 from illness. His son Takeda Katsuyori (1546–1582) effectively succeeded Shingen though the nominal head of the family was his grandson Takeda Nobukatsu; Katsuyori continued Shingen's aggressive expansion plan south and westward and was initially successful, briefly achieving the largest extent of Takeda rule. However, he was defeated in the Battle of Nagashino in 1575 by Oda Nobunaga and Tokugawa Ieyasu. After Nagashino, the Takeda clan fell into sharp decline as it had lost many of its most notable samurai during the battle. Katsuyori's position within the clan also became precarious (as he did not fully inherit the clan leadership position); in 1582, two of his relatives defected to the Oda/Tokugawa alliance and Nobunaga succeeded in destroying the Takeda clan shortly thereafter. The campaign saw most of the Takeda followers simply abandoning Katsuyori and the other Takeda family members to their fate. The clan was effectively eliminated, although descendants of the Takeda clan would take prominent positions in the Tokugawa shogunate, established in 1603.

Sign up for emails to get up to 20% off on your order, plus exclusive offers, private sales and so much more. 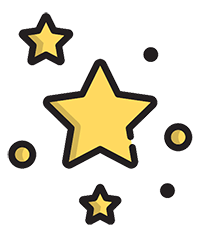 Thank you for subscribing!
You'll be first to know our special offers, new products, private events, and so much more!
As a welcome gift, We'll send the coupon code to your email shortly.